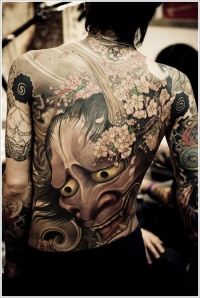 I spoke to a dance instructor who told me he dealt with many kids who are considered “youth at risk.”

He thought it extremely unfortunate that they should be labelled as “youth at risk”, because he had found many of them to be honourable, teachable, and desiring to do well just like all other kids.

He described a boy who turned up at one of his classes with tattoos all over his body. On his asking why all the tattoos, the boy explained it was so that he would not be bullied. He felt that tattoos made him look tough, so having all the tattoos was in self-defence, for deterrence. He was no bully, but he had to take action to avoid being bullied.

This reminds me of a story about Tommy.

Tommy simply cannot sit still in kindergarten. During storytelling time, he talks and walks about. He disturbs other children in their work. Instead of taking a nap, he runs around the room. The teacher cannot control him, and thinks he is a real troublemaker.

On Teachers’ Day, the children gave little present to their teacher. Tommy also had a present for her.  It was a little box, wrapped with pretty coloured paper. She opened the box slowly and carefully. Inside was a caterpillar! The teacher thought it was a naughty trick. She became very angry, scolded Tommy, and threw the box into the wastepaper basket.

After school, the teacher found a little envelope. It must have dropped from one of the presents. Inside was a letter for her, from Tommy. The letter said: “Dear Teacher, here is a baby butterfly for you. I  hope it will become a pretty butterfly.”

The teacher felt very bad. Tommy had wanted to do a good thing, but she had thrown away his present and scolded him. Why?  It was because she thought that Tommy was naughty by nature, and thus everything he did must be naughty.

It is so easy for us to fall into the trap simply of judging people by their looks, or their words, or their behaviours. We need to make the time to listen, to understand, to uncover, and to discover.

I recently received an email from an associate of some time back, updating me on an appointment she has just taken on. She made the remark, “I have met a couple of people who come across as being fairly jaded in life, and living on “what it could have been”.

So live life as we can make it. Take the opportunities that come by, do our best, and take comfort that we have done what we could.

I have been subjected to a number of interviews this past week.  It has caused me to have to think of my younger days, and wonder how I had been shaped by them.  We got to talking of my father, who was a taxi driver and was out of the house most of the time, so as children we did not see that much of him. But we could sense his love.

I remember how he tried as much as possible to somehow be around my school at dismissal time, so he could pick me home. But this would not happen that often, as of course where he was depended on where his passengers brought him to. Nevertheless it was always a thrill to be picked by him for a ride home, instead of having to take the hour-plus ride on the bus. This was love for him. He also liked to buy nice food home which he came across as he drove around Singapore.  It was yet another act of love from him.

But perhaps the most remarkable were the times when I did not do well in some school test or other. Sometimes I cried over the poor marks.  Instead of a scolding, he took us children for a picnic at the beach at Tanah Merah. This was love! The kind of love of a father as it ought to be for his son. His only demand was that his children should have tried their best, not more, not less.

And, I would venture to say, it is also the kind of care a leader ought to have for his people. 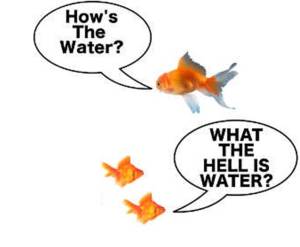 The late author David Foster Wallace began his commencement address to the graduates of Kenyon College in 2005 with:

As Wallace explained, the point of the fish story is merely that the most obvious, important realities are often the ones that are hardest to see and talk about.

We celebrated our 49th National Day last Saturday 9 August 2014. It also means we are now into our 50th year of independent statehood, our year of Jubilee. I will discuss the significance of Jubilee in some future blog. But in this blog I would simply like to draw our minds to what is the important reality about Singapore that is possibly, or even probably, hard “to see and talk about”.

In terms of strategies and schemes, Singapore had decided to “leapfrog the region” and reach out to the whole world as its “hinterland”, the source of investment capital, management capability, technology, and, most of all, markets. There was massive investment in education and training, a major thrust in home ownership through the work of the Housing and Development Board and the Central Provident Fund scheme to create stakes for everyone, and a global push for investments through the Economic Development Board. But this focus on schemes and policies, exactly, could cause us to miss the critical point.

Why should companies invest billions of dollars in Singapore knowing they would need tens of years to recover their investments? They have done so because they have found the people and government of Singapore to be trustworthy. We could be relied on to work hard and to deliver on our promises, even if we faced unexpected difficulties and many obstacles along the way. Singapore’s perspective was that of long-term business and personal relationships, the type of relationship which could only survive where trust and credibility are never in question.

Singapore is an artificial construct: We are the result of human effort and invention. We have a reputation for honouring our word as manifested in integrity, incorruptibility, hard work, imagination in solving problems, and future-orientedness.  It is easy to forget that Singapore is the product of human ingenuity and trustworthiness, which can be easily lost if not understood and sustained by Singaporeans.

A Harvard University professor visiting Singapore for the first time remarked he found honour even in the simplest behaviours among Singaporeans, as he saw in the taxi driver who arrived to pick him up exactly at the time promised. To him this was a demonstration of the taxi driver honouring his word.

Singaporeans run the danger of saying, as the fish at the beginning of this story, “What the hell is water?” without recognizing that “Singapore water” is honour and trustworthiness built up over many years through consistent behaviour, predictable policy, social stability, and national unity.

These attributes have certainly made Singapore unique among the many developing countries of the world…the important question is: Are we able to sustain this uniqueness to not only survive, but thrive?

Honour (Singapore), a non-profit enterprise that seeks the well-being of Singapore by promoting a culture of honour and honouring, was launched by Minister for Education Heng Swee Keat last Tuesday, 5 August 2014.  It seems a fitting lead-in to National Day, which we will celebrate tomorrow, by reminding everyone to honour Singapore.

Honour carries the dual message of

Perhaps a good way to appreciate the message can be found in the well-known Russian folk tale about The Great Turnip.

The story is about a farmer who planted a turnip that kept growing…and growing…and growing until it became a real giant of a turnip.  One day he decided to pull the turnip out of the ground.  He pulled and pulled, but it would not come out.

He asked his wife to help.  The wife and the farmer pulled and pulled, but the turnip still would not come out.

The wife asked a boy to help.  So the boy and the wife and the farmer pulled and pulled, but the turnip was still stuck in the ground.

And so the story carried on.  The boy called the girl, who then called the dog, who called the cat.  And the cat and the dog and the girl and the boy and the wife and the farmer pulled and pulled, but the turnip would not come out.

The cat next called the rat to help out.  And the rat and the cat and the dog and the girl and the boy and the wife and the farmer pulled and pulled…and finally the turnip came out of the ground.

The wife then cooked the turnip and everyone had wonderful turnip soup for dinner.

Often the story is told to illustrate the value of teamwork.  But in fact we could find not just one, but a total of five morals in the story.

Honour is the foundation of trust, and trust is critical for long-term, beneficial relationships, whether the relationships be personal or business. 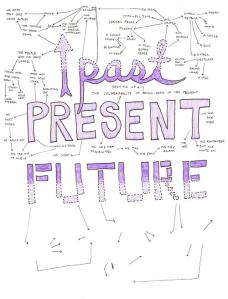 I came across this commentary by Global Business Network, which illustrates how hard it is to change our beliefs.

There was a 1701 map of North America by a Dutch cartographer called Herman Moll.  California is shown as an island.  Moll produced the map based on reports from Spanish explorers, who travelled up the western side of the Americas to the tip of today’s Baja Peninsula.  Around 1635, the Spanish had sailed further north to Puget Sound.  It seemed logical to the cartesians then to connect the northern and southern points, and the Isle of California was born!

Years later, some missionaries landed to go inland to bring the Word of God to the American Indians.  Relying on Moll’s map, the missionaries disassembled their boats, packed them on mules, hauled them across California, up the Sierra Nevada mountain range, and down the other side – only to find no beach but just a lot of sand that went on, and on, and on.  They finally realized they were in the middle of a desert.

They then wrote to the Spanish map-makers, saying, “There’s no Island of California; your map is wrong!”  The map-makers replied, “No!  You’re in the wrong place; the map is right!”  The Spanish finally changed their maps in 1685, while Herman Moll continued to defend his Isle of California until 1721.

Everyone has deeply ingrained maps, especially successful executives. However, the map that got them to the top is unlikely to be the map that they need for the future.

People, especially top executives, need to be able to ask themselves difficult and often painful questions about how the future might be different from the recent past.  Failure to do so would be failure to anticipate the future, which is the most common reason for fatal outcomes for organisations and campaigns.